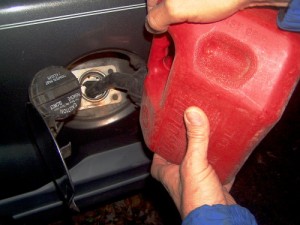 Around midnight while I was fast asleep, there were two rings on the phone, then silence. Immediately I woke up and wondered if it was a wrong number, or was someone trying to contact me and was interrupted. My wife scurried to the phone that has caller ID and saw that it was my son’s phone number. He’s a big boy now, a junior in college, and I have bent his ear many times about safety measures and the need to walk in wisdom. He and his buddy had spent time in the mountains gaining a higher perspective over the town below, and when they began to descend, his buddie’s car ran out of gas. The cell phone signals are scant and difficult in that terrain.

My wife called his cell phone but was unable to connect, and could only leave a message on the automated voice mail. Remembering a blog that I once wrote “Text Messaging has it’s benefits…” I realized that a text message had the best chance of making the contact that we needed. While I texted we would get repeated calls that lasted a few seconds then silence. Although they were hard to hear and frequently interrupted, we got a sense of their situation. I completed the message and sent the text and bingo! a positive connection was established. I was able to get clear directions on where to meet and I was able to deliver gas and lend assistance in getting the car started and on it’s way to the nearest gas station.

So, remember, that when a regular call fails, text has the special properties of small bandwidth and “message persistence” that can get through when voice transmission fails.

One thought on “A Texting Tale”