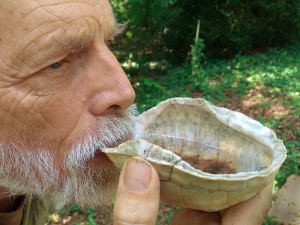 Once in a while when walking through the woods, and often close to water, I have picked up empty turtle shells. This would be the upper dome or bone called a carapace, often without the scales or scutes similar to keratin of fingernails that protect it. I have often wondered how they could be used in an survival or emergency situation.

The immediate use that comes to mind is that the inverted shell can be used as a cup for containing water or just to hold other things such as berries or other food items. I have used some natural materials in which to boil water (see “Boil Water In A Cabbage Leaf” and “Coconut Bowl Boiling Techniques“) so I prepared some coals to see if I could accomplish this with the turtle shell. 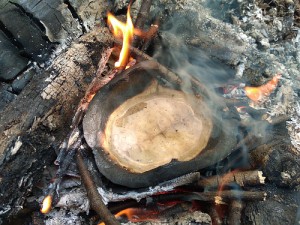 It was a fun project and as usual there are lessons to be learned that are best accomplished before emergency situations occur.